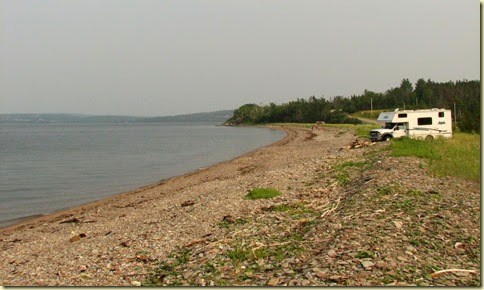 Most of Nova Scotia is rural but there’s not a lot of public land that’s easily accessible plus we don’t know the rules so we haven’t been attempting to boondock. However I spotted this little strip of land on Google satellite view and when we went to check it out we found a beautiful, rocky, lakeside beach with four long pull in spaces. The first one was taken by a couple camping in a VW van, the next two had picnickers, and we got the last one. We had a very quiet night because hardly anyone drives along these small country roads.45.9827, -60.81243