Dateland is marked as a town on maps but there’s really not much there – the Dateland Travel Center, an RV park, some interpretive signs about the Army airbase that was used for just a few months, a school for the kids living in the surrounding area and a large dirt lot. 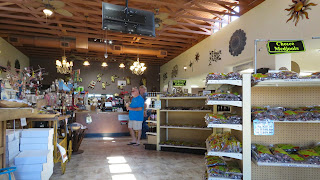 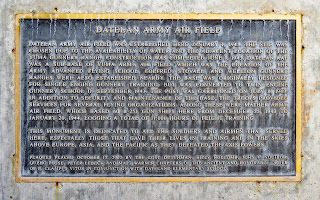 The dirt lot is located south of the travel center and is a great place to stop for the night. Follow the signs for truck parking. Not many truckers or RVers spend the night so it’s fairly quiet. Dateland  32.79821, -113.54024

The campground and the surrounding area has been a spiritual site for the Western Apache for hundreds of years. Here the Apache harvest medicinal and basketry plants that grow near the springs and wetlands. They gather for prayer, dancing, and coming of age rituals for young tribal members. The land is managed by the forest service and was supposed to be preserved forever. That changed however, when an Australian mining company bought a nearby mine. New machines and new mining methods will allow deep mining of copper, making the mine the most productive in the country.

The Apaches are concerned that the mine tunnels will cause the land to sink and the mining operation will cause the springs to dry up and the water to be contaminated. The Apaches and other Native America tribes are fighting to get the land preserved as a sacred and historic site. Gatherings and demonstrations are sometimes held in the campground.

A few people were camping when we stopped. Some signs, a teepee, and several wickiups were the only evidence of the demonstrations. This is a well used site so the roads and camping spots are rough. A recent rain filled a large pothole and we didn’t explore the eastern section of the campground. Amenities include tables, fire pits, and vault toilets. 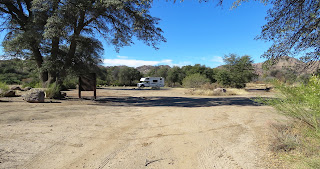 The ground is hard packed so rolling is not too difficult. The trails are not accessible but we did walk/roll along Magma Mine Road which is paved but steep with some traffic. Campground  33.30769, -111.05206

Lorenzo and Seth Wright Pull Off

A stone pillar with a bronze plaque was erected in 1938 as a memorial to two brothers who were killed while pursuing a band of Apaches who had stolen horses. I’m sure there’s a lot more to this story than the few lines on the plaque. 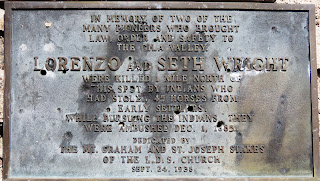 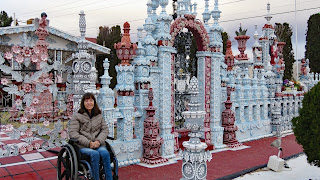 This is an amazing work of art! Rufino Loya Rivas, who started building  in 1973 and finished in 1998, created Intricately detailed flowers, leaves, and pineapples to decorate the wall that circles the small house where he lives with his wife. He also made several very elaborate religious alters and memorials.Everything is in perfect condition because 88 year old Riva is constantly touching it up. Slip a few dollars in the collection tin to help pay for paint. 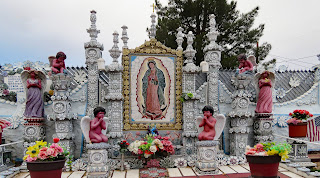 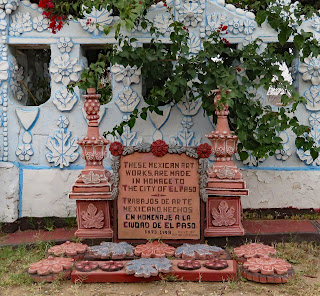 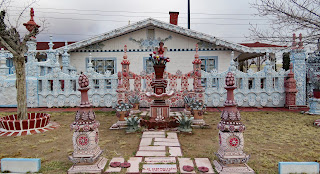 There are several good curb cuts to the sidewalk. The house can also be seen from the street which has very little traffic. It’s also possible to see it all without leaving your vehicle. 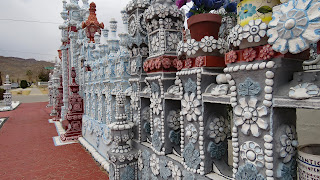 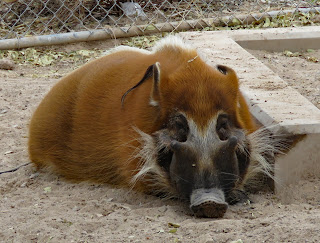 In 2012, El Paso residents voted to fund improvements to city parks, libraries, museums, and the El Paso Zoo. All four areas of the zoo – Asia, Africa, the Americas, and the Chihuahuan Desert – were slated for updating. Most of the work has been completed and includes a rope climbing challenge, a simulated flash flood, and a large fabricated rock mountain that the lions can climb up and look down on the grassland animals. 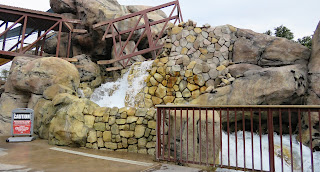 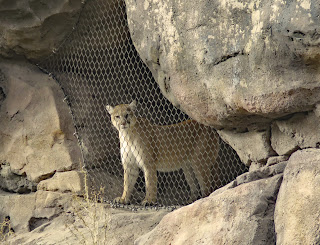 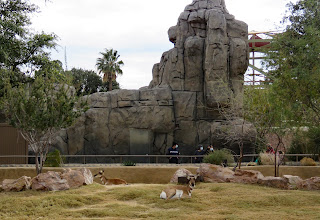 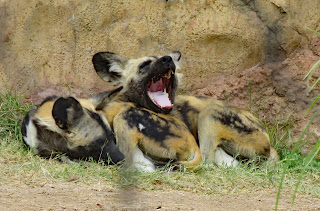 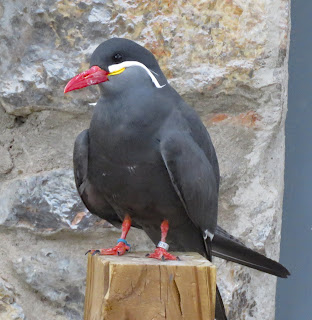 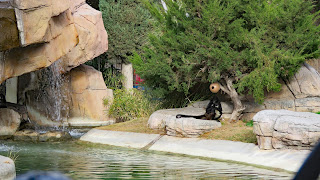 The pathways are paved and flat plus the zoo is fairly small making it easy for visitors in wheelchairs. Some of the enclosures have railings that block the view but most have an alternative viewing area. I didn’t look closely but I believe the train and carousel are wheelchair accessible. 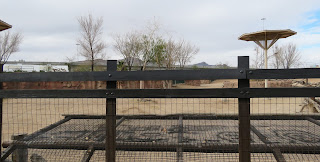 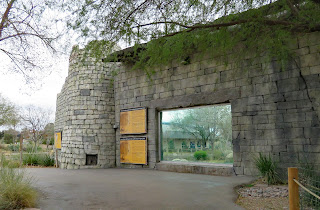 Is this a campground? The BLM and all of the partners proudly displaying their logos on the sign want to us to believe that it’s a campground but it’s not a campground. It’s a large gravel lot without a single amenity. :-D 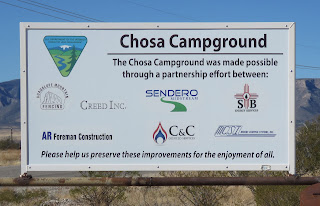 The surrounding land is predominately BLM land, much of which is leased to oil and gas companies, with  a network of dirt roads and thousands of oil wells. I suspect that the “campground” is an attempt to keep people off of the roads and the leased land. It’s a fine spot for a quick overnight stop but that’s about it. Campground 32.08853, -104.43201