Two rows of sites, 10 sites in total, make up this small, city owned RV park. A public park with restrooms, picnic tables, playground equipment, a pool and access to the Palouse River is located across the street. Park  46.90993, -117.08069 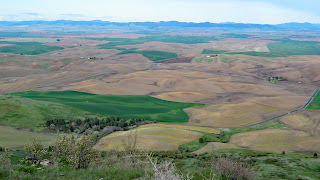 The rolling hills of the Palouse Prairie spread over 19,000 sq miles of southeastern Washington, western Idaho, and northeastern Oregon. The soil, which built up over thousands to tens of thousands of years, was created by wind-blown sediments that were originally deposited in central Washington during the Lake Missoula floods. In some places it's over 200' deep! The soil is very fertile and supports crops such wheat, barley, and legumes. Little of the native prairie is left.

Steptoe Butte, a 400 million years old mound of quartzite, is an anomaly in the surrounding sea of wheat fields. It's elevation, 1000' feet above the fields, gives visitors who drive the 4 mile road to the summit an expansive 360 degree view. 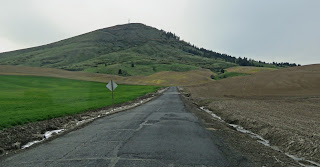 The are no barriers blocking the view at the top, just a short guardrail so it completely accessible. The view can also be seen without leaving your vehicle.

Buses are driven on the road so it's okay for large RVs but be aware that it's narrow, steep and does not have guardrails. The parking area is large. There's another lot on the actual summit that is much smaller. We walked/rolled up the very steep, short road to see the view from that lot.  Park  47.03166, -117.29673 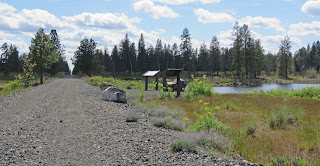 The trail is 130 miles long, running almost all the way from Spokane to Kennewick. There are a few paved sections but most of it's ballast or gravel with some dirt or grass. We wanted to go on the section that runs through the Turnbull National Wildlife Refuge but there are few access points so we had to start in Cheney which meant we had 1.5 miles of trail before we got to the refuge.

The trail from Chaney goes steeply downhill before leveling out to almost flat. It's elevated above the farmland that surrounds it so the views are nice. The gravel is loose making pushing difficult even with assistance.

When the trail enters the refuge it's much harder packed and easier to roll along. The farmland gives way to ponds and marshes with a lot of wildlife. We didn't have enough time to go very far but we enjoyed the refuge section much more than the farmland section. 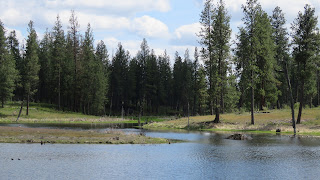 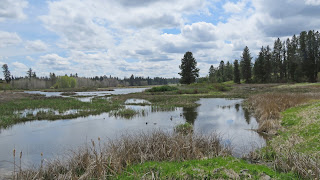 A five and half mile loop road with stops to walk on trails allows visitors to enjoy the ponderosa pine, wetlands, meadow steppe and riparian habitats and maybe spot some of the more than 200 different kinds of birds plus numerous large and small animals that make their homes in the refuge. This unique landscape was created after floods (12,000 - 18,000 years ago) from Glacier Lake Missoula scoured the layers of ancient basaltic lava flows leaving behind depression that became lakes. This is one of the most natural appearing preserves we have visited, even though, beginning in the 1880s, people did attempt to settle the land and altered it by digging ditches to drain the lakes. It has since been restored close to its original appearance. 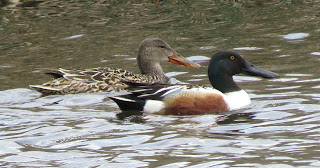 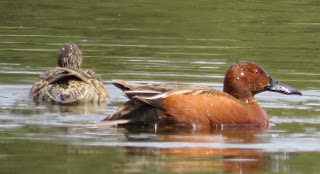 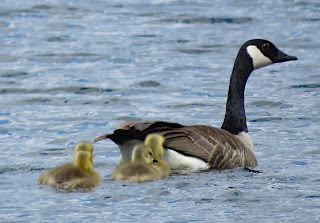 We drove the loop road and walked/rolled along six of the shorter trails.

Pine Lakes Loop Trail (designated accessible) is partly paved, partly gravel. It's accessible except the first section is very steep and wheelchair users may need assistance. This trail has the best access to lakes with a lot of ducks. 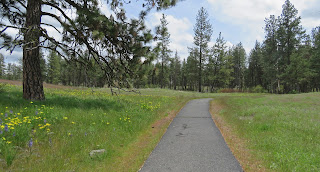 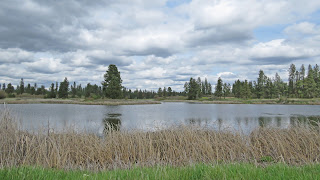 Windmill Pond Trail, which starts at the park headquarters (small accessible visitor center) is overgrown with grass and not accessible. 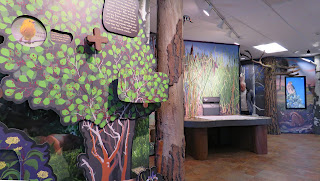 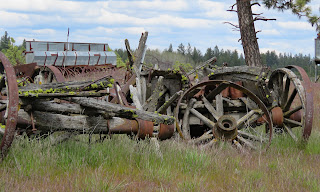 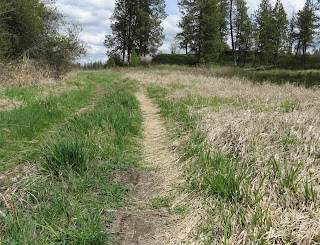 Blackhorse Lake Hiking Trail follows and old road and is accessible with assistance. 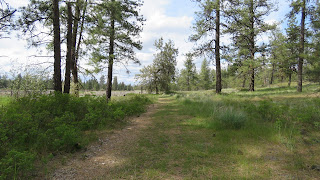 Kepple Lake Lookout Trail follows an old road then loops off to the lookout. The road is accessible but the loop trail is not. 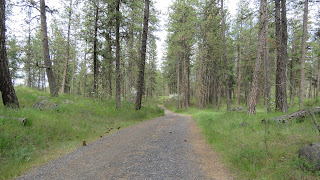 Kepple Peninsula Interpretive Trail (designated accessible) is paved for 1/4 mile. The section that loops around is narrow and steep so this is an out and back trail. 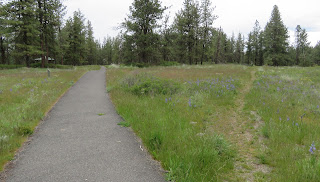 The refuge road is driveable with any RV but except for the lot at the park headquarters and an area along the side of the road at Blackhorse Lake Boardwalk, all of the lots are small and not suitable for anything over 25'.  Refuge  47.41542, -117.53281 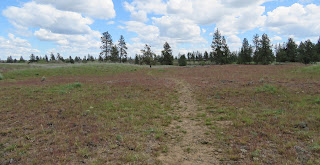 The trails are not accessible. We tried going clockwise on the South Loop Trail and had to bailout at the Ranch House and go back to the parking lot on the gravel road. The trail is rough and uneven but the thick grass section is almost impossible even with a lot of help.

RV camping is permitted in parking areas and pullouts. The South Loop Trailhead parking lot is recommended because it's the largest but for more private experience try some of the pullouts along the road to the Hog Lake Loop Trailhead. The gravel roads are washboard and narrow is spots but mostly fine for any RV. Fishtrap  47.33427, -117.8629

The campground sits above Pacific Lake which is totally dry due to the declining water level in the aquifer. Supposedly it does fill at times but it looks like that hasn't happened for quite a while. The campground has three sites with picnic tables, fire rings, and a vault toilet. A very quiet spot to spend a few days.

The parking area is covered with large, loose gravel making it very difficult to push through. The tables are located in the grass. We walked/rolled down the boat ramp and along the road that was made when the water level dropped. It's steep and not accessible. We also walked/rolled along the road to the Lakeview Ranch and to the Lakeview Ranch Crater Trail. This trail is not accessible either due to rough and grassy terrain. 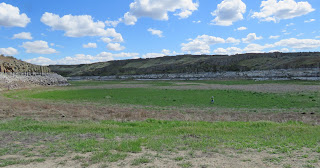 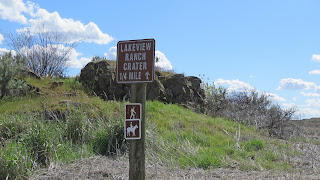 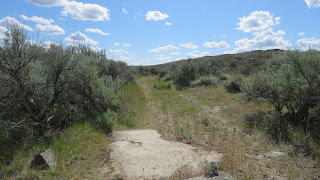