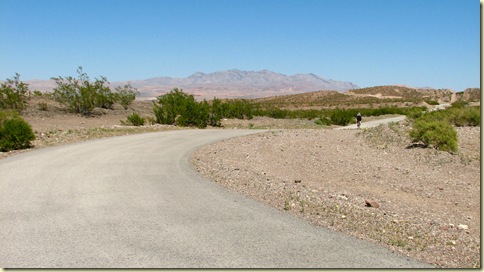 Take plenty of water and sunscreen on this trail. Expect little shade and great views of the mountains.The trail is a 35 mile paved loop, wide and smooth but with long grades. Most wheelchair users will need to have some help. We went for a just a mile or so but the section that we did was very nice. 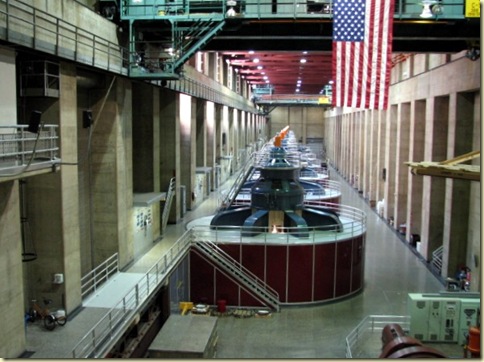 The power plant tour starts with a short film, continues with  elevator rides to see one of the penstocks and eight of the generators, and finishes at the visitor center exhibit gallery.  We thought that the $11.00 fee was high for a 30 minute tour and the small exhibit area. The exhibits at the Boulder City Museum are more interesting and admission is only $2.00. A visit to Hoover Dam,  to walk over the top of the dam and marvel at the engineering feat, is definitely worth it but the tour and museum can be skipped especially if you’ve visited other dams.

RV parking is located on the Arizona side of the dam. The parking lots are small and fill fast so you may have to park at the farthest one which involves navigating a long grade without a sidewalk in one section and missing curb cuts in another. If possible take a car or van and park at the garage(10.5 height limit) which is close to the visitor center.  Tour
36.01664, -114.73852 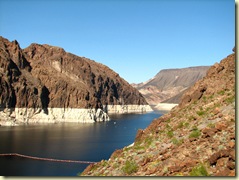 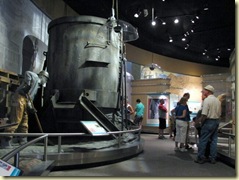 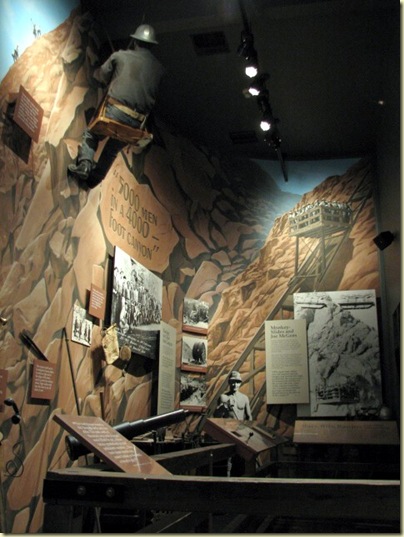 This small but very well done museum has displays about the founding of Boulder City, where all of the dam workers and their families lived, plus displays and a movie about building the dam itself.

The museum is located in the Boulder Dam Hotel, one level up from the lobby. A small elevator provides access. The museum is accessible with just a few displays located a little too high for easy viewing.

Oversize vehicles are not allowed to park in the main part of town. Look for signs for the RV parking lot which is a couple of blocks east of the museum, near the post office. None of the spaces are long but RVs can park lengthwise across the car spaces. The sidewalks and curb cuts are in fairly good condition.    Museum
35.97778, -114.83658 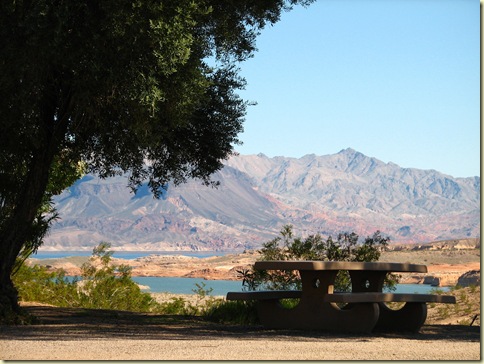 Some campgrounds are so nice that they deserve many repeat visits. We like this one for the beautiful scenery and quiet location. The sites are fairly close together but bushes and trees provide a lot of privacy. The last loop has the best views plus it’s a no generator zone and a little isolated from the rest of the campground so it’s very tranquil. Another plus is the nightly rate – only $10.00 or $5.00 with a pass.

There are two handicapped sites next to the restroom. The picnic tables benches have been cut down to allow wheelchairs to fit under the tables but other than that they’re no different than all of the other sites. The ground is hard and most of the sites are level so rolling is fairly easy. Campground 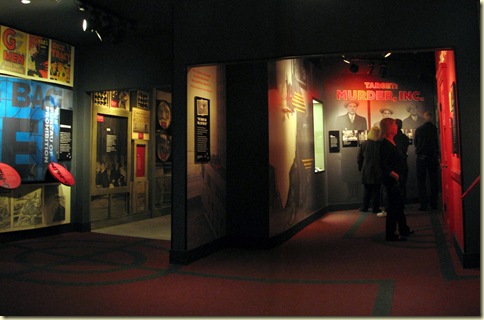 Although by all reports the Mafia no longer controls the Las Vegas casinos, the mob was definitely in charge during the early days of the casino boom which started in 1946 with the Flamingo. From 1952 to 1957, they built the Sahara, the Sands, the New Frontier, the Royal Nevada, the Showboat, the Riviera, the Fremont, Binion’s Horseshoe, and the Tropicana. Money, skimmed off in the casino counting rooms, made it’s way to Mafia families in New York, Cleveland, Kansas City, Milwaukee, Chicago and many other cities.

With entertaining videos and interactive displays (plus a lot of reading), this museum covers early Vegas history, the beginnings of the Mafia in the US, and the stories of people involved on both sides of the law, not only in Las Vegas but all over the country – police officers, undercover agents, and members of the Mafia.

Most of the museum is accessible. A lift ( get the parking lot attendant to operate it ) accesses the entrance. A few of the interactive video screens are at an angle that makes viewing  difficult. The museum is very popular and can be crowded.

There’s a $5.00 charge for parking and the lot isn’t very big, however, free parking is available next door at the farmer’s market, every day except Friday. We stayed at the RV park at Main Street Station, a couple of blocks away, and walked/rolled to the museum. Museum
36.17301, -115.14148 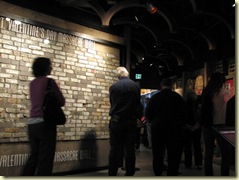 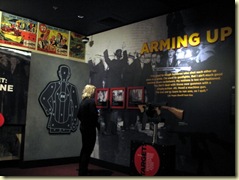 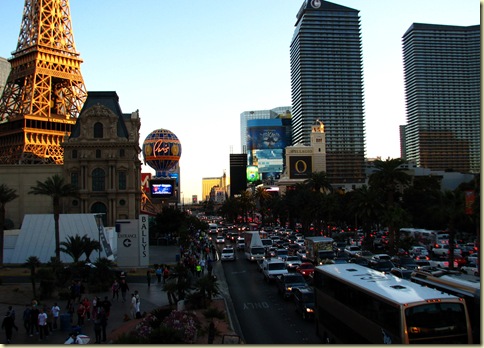 Overnight RV parking in Las Vegas is getting very hard to find. Years ago many of the casinos would allow parking in the back of their lots but as old casinos were torn down and new ones built, most of the lots have disappeared. Even casinos with lots where parking was previously allowed now have signs forbidding it. The last spot left is in the alleyway behind Ballys. That’s where we are along with six or seven other RVs. I’m afraid this spot will soon have signs too. :- (

We have to stay in the area for about a month to keep doctor appointments and receive our mail with all of our tax papers. We’ll probably bounce back and forth between the strip, downtown and Lake Mead but since we’re not doing much my postings will slow way down.

Thanks for reading and a big welcome to all of the new readers!