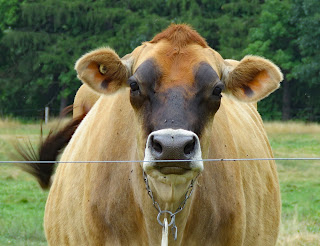 The Billings Farm is a working dairy farm that's been in operation since the 1870s. The farm land passed through three families before the last owners, Laurance S. and Mary F. Rockefeller, founded a non-profit to preserve it as part of Vermont's agricultural history. 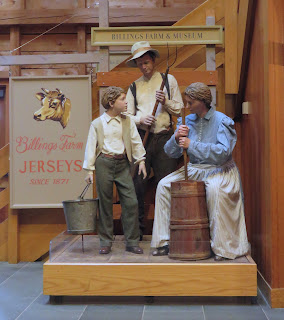 George Perkins Marsh grew up on the farm which his father purchased in 1789. Some of original 246 acres of the farm are included in the Marsh -Billings-Rockefeller National Historical Park located adjacent to the Billing Farm and Museum. The mansion where the families lived is located there too. Marsh was keenly aware of the environmental destruction in Vermont when settlers cut down trees for fuel and lumber, and to clear the land for farms. He became an  early conservationist, making speeches and writing "Man and Nature, or, Physical Geography as Modified by Human Action.

Frederick Billings, the second owner, was greatly influenced by Marsh and planted the trees that cover the National Park land today. He also hired a farm manager who followed scientific agricultural techniques to make the dairy farm into state of the art operation. Billings died in 1890 and his wife and daughters continued running and expanding the farm until the 1950s when Mary, granddaughter of Frederick Billings, who was married to Laurance S. Rockefeller, grandson of John D. Rockefeller, inherited the farm.The Rockefellers formed the non-profit in 1983 and in 1998 they donated the mansion and 555 acres of forestland to the National Park Service. 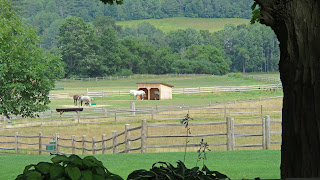 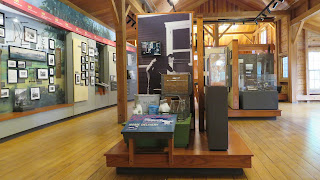 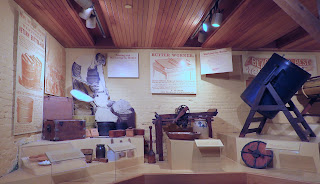 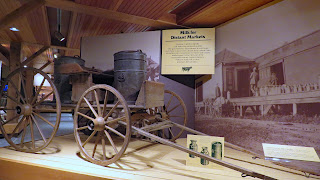 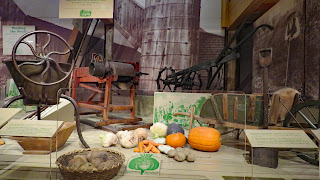 The museum is accessible but the stone floor in Farm Life Exhibit area is uneven and bumpy . The manager's house has multiple issues - the paths to the first floor of the house and the basement creamery are uphill and surfaced with rough gravel, there's a high threshold at the house entrance, and the passageways in the creamery are narrow. Ease of access varies at the animal barns but all are accessible. A paved paths goes a short distance between two of the pastures. 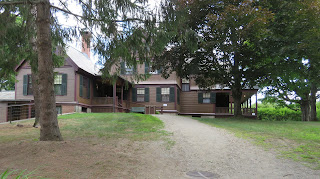 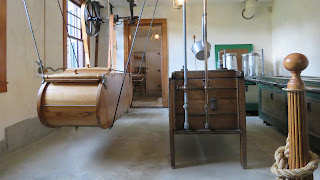 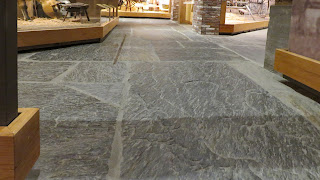 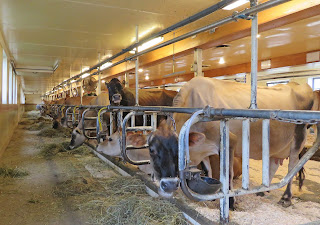 The parking lot is a large enough for RVs if parked lengthwise across the spaces. This lot is used for both the Billings Farm and Museum and the Marsh -Billings-Rockefeller National Historical Park. We did not visit the National Park because the trails are not accessible and the house tours which are accessible were booked up the day we visited.  Farm  43.63083, -72.51558