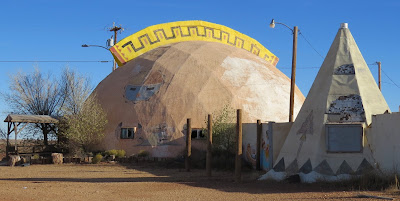 Meteor City Trading Post started as a gas station in 1938 and a store was added a few years later. It’s been closed since 2012. Besides the dome and teepee there’s also a large dream catcher on the grounds. Lots of room for RVs. 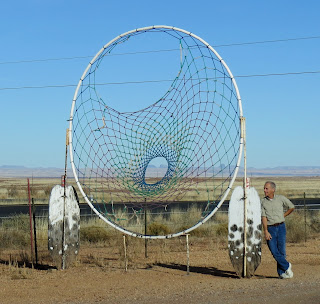 We drove six miles south to Meteor Crater without checking the admission price beforehand – $18.00 for an adult! Since we’d had seen it years ago we skipped it this time. The crater was first discovered by Europeans in the late 1800s and was thought to be of volcanic origins. In 1903, mining engineer and businessman Daniel M. Barringer, hypostasizing that it was produced by a meteor and that the meteor was buried at the bottom of the crater, staked a claim on the land. He spent 27 years trying to find the meteor which had vaporized on impact with the earth.

The crater and the land around it are still owned by the family. The admission price includes a gift shop, museum, film and a short paved trail along the rim with viewing decks. Most of it is accessible. A RV parking area is available.

There’s not much left of Two Guns, just the shell of a campground office, some large water tanks and the stone walls of an old zoo, however the human history of this little spot reaches back to 1050 and includes Indian raids, stagecoach robberies, murders and lots of dirty dealing. Hard to imagine looking at it now.

Twin Arrows Trading Post has been closed since 1998 but the huge arrows were restored in 2009. 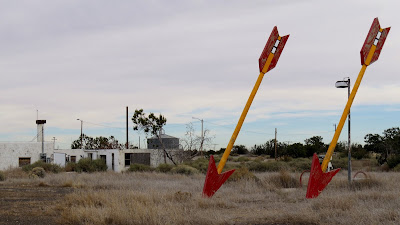 The Twin Arrows Casino, on the opposite side of the interstate, is a good place to spend the night. There’s a oversize vehicle lot but we backed up over the dirt so that we were using just one space and stayed a quieter and little used section of different lot.

Eldon Pueblo Archeological Site preserves the stone walls of a Sinagua village, inhabited from about A.D. 1070 to 1275. A short walking trail and a interpretive leaflet give a good overview of the site.
The trail to the site has been covered with loose gravel and is not accessible without a strong helper.

The parking lot is a pull through loop. It’s small but large RVs will fit if there aren’t many other visitors. 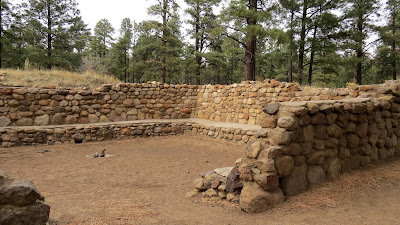 Flagstaff, which got it’s start as a lumber and railroad town, is a popular destination because of it’s close proximity to the Grand Canyon, several national monuments and acres of national forest. We were more interested in getting to a lower elevation and warmer weather so our trip through Flagstaff was quick. 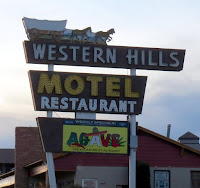 The national forest west of Flagstaff has many good boondocking spots. This one is located just off the road to the Naval Observatory. It looks like it could be busy and crowded during the summer but it was very quiet and empty in December. It’s fairly flat with large clearings, big enough for any RV. There’s some interstate noise. 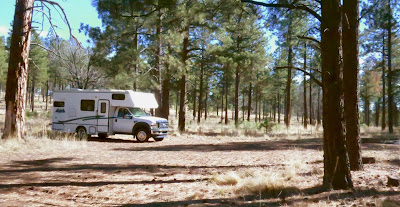 The Pine Breeze Inn was built in the 1940s and included a gas station, cabins and a restaurant. The location was used in the movie “Easy Rider”. When the bikers stopped to get a room the owner put a “no vacancy” sign in the window. There’s a RV park behind the buildings. 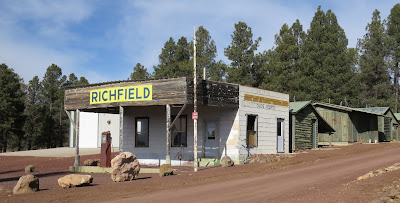 Williams is a cute, little town that has been catering to tourists for over 100 years. In 1901, the Santa Fe Railway added a 60-mile spur to the Grand Canyon which became very popular as an easy way for day trippers to see the canyon. By 1968 few people were taking the train and the route was discontinued but in 1989 the train trips were started again and this is once more a popular way to travel to the canyon. 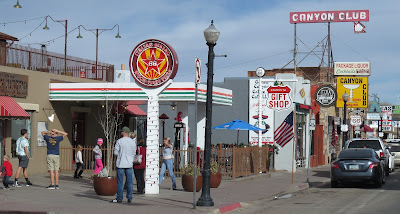 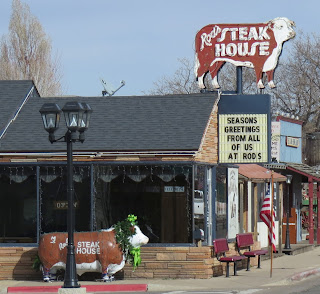 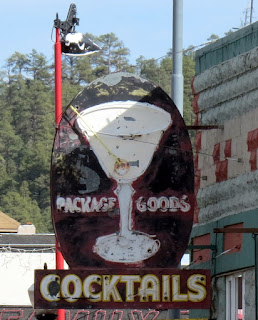