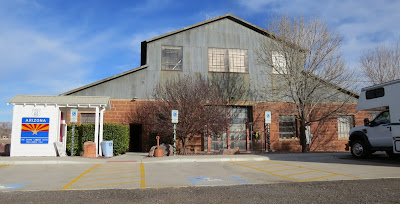 Ash Fork is another small town that has suffered from being bypassed by the interstate but it has cool old buildings and signs. The museum (picture above) is filled with donated historic items and the building itself has an interesting history. Ash Fork, as important junction on the Santa Fe rail line, had a Harvey House hotel and restaurant, the Escalante, considered one of the best Harvey Houses in the west. Unfortunately it was demolished in 1968. The museum building served as a warehouse for the Harvey House. When Route 66 was being constructed the Arizona highway department bought it to store equipment and supplies. 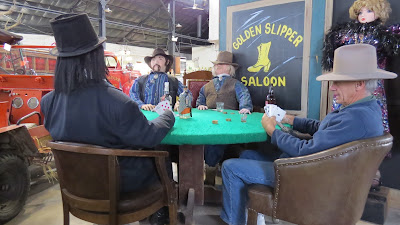 This 1950s Texaco Station is now a hair salon which is only opened a day or two every month.

The pretty stone Cooper State Motel was built in the 1930s. 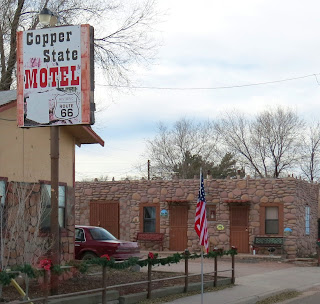 Ted’s, a truck stop, is closed but the Oasis seems to be going strong. 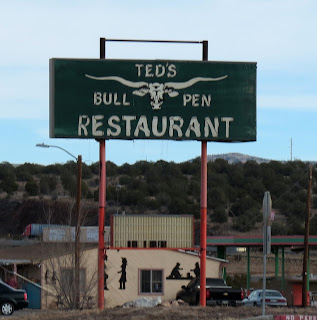 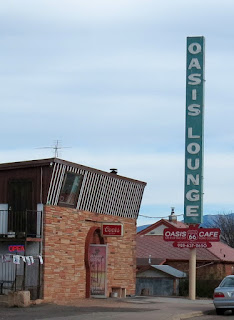 Get back on the interstate for a few miles then off at exit 123 for a 150 mile long section Route 66. Arizona makes up for all of the interstate driving with this last section of road stretching from Seligman to the California border. 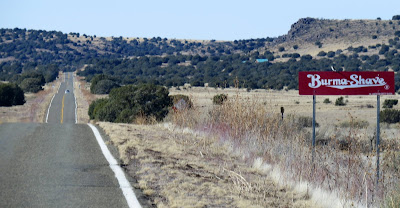 The Stage Coach Motel on the east side of town has a great sign. 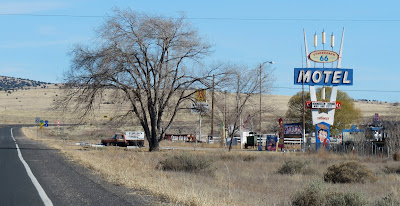 Angel Delgadillo founded the Historic Route 66 Association of Arizona in 1987 to promote the road after it had been been decommissioned. He’s become famous around the world and may be found in his shop in Seligman which is opened seven days a week. 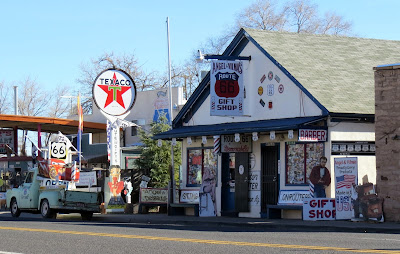 Angel’s brother, Juan Delgadillo, built the Snow Cap Drive In in 1953 himself,piece by piece, using scrap lumber. Since Juan’s death in 2004, the Snow Cap has been run by his children. 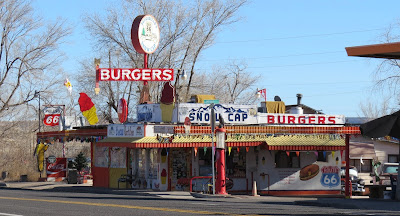 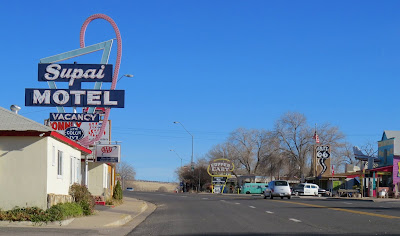 The Cooper Cart was originally a restaurant but now houses a store selling Route 66 memorabilia and souvenirs. 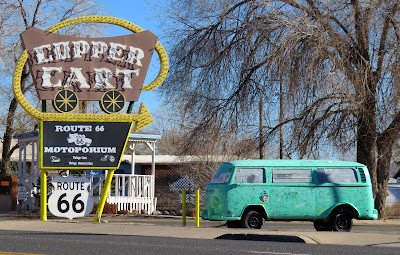