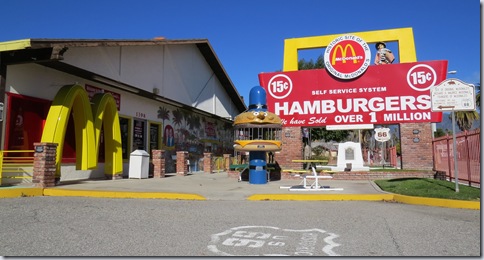 The McDonald’s Museum is a bit of a side trip off of Route 66 but worth it. This is not the original building, just the site of the first McDonald’s started by the McDonald brothers. A tale of revenge explains why the restaurant is no longer standing. In 1954 Ray Kroc, who at the time was selling milk shake machines, visited the restaurant and decided to become a franchisee. Kroc opened his first restaurant in Des Plaines, Illinois and in 1961 he bought the brothers out but they refused to sell the original restaurant. Kroc was furious and opened another McDonalds just a block away. The brothers, who lost the rights to their name, were soon forced out of business and Kroc had the building torn down.

The property is now owned by Albert Okura, the founder of the Juan Pollo restaurant chain. It’s also the corporation headquarters. The museum is a little run down and the collections of artifacts are very haphazardly displayed. Make sure to take a walk around the outside of the building to see the wonderful mural and the big fiberglass cartoon figures.

We parked along the street but the lot is large enough for small RVs. 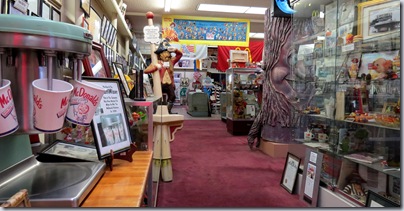 It’s 76 miles from San Bernardino to Santa Monica through what has become one long residential and commercial street as small towns have merged into a suburban sprawl. Unless you’re determined to drive as much of Route 66 as possible get on the interstate and skip this section. We did drive it all and saw a few interesting old sites but most of it is unremarkable.

The Wigwam Motel was built in 1949, the last of a chain of seven and one of only three that still remain.

The Sycamore Inn has a colorful history and the Magic Lamp has colorful architecture.

The sign from the Foothill Drive In has been declared a state landmark so even though the property has been sold to Azusa Pacific College the sign is here to stay.

When the Golden Spur opened in 1918 it catered to patrons on horseback.

The nicely restored Dale’s Garage is located on Shamrock Street in Monrovia.

The Aztec Hotel was built in 1925 with Mayan inspired mosaics, murals, and reliefs inside and out. It was called the Aztec because the architect believed that the public was not sufficiently familiar with the Mayan culture. 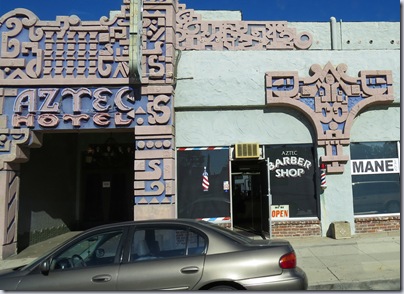 The Arroyo Seco Parkway was the first freeway in the west and the first limited access stretch of Route 66. It’s not built to modern standards and has many tight curves and short ramps. It’s best to drive along it in around noon to avoid traffic jams. 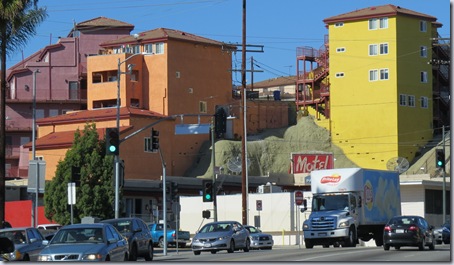 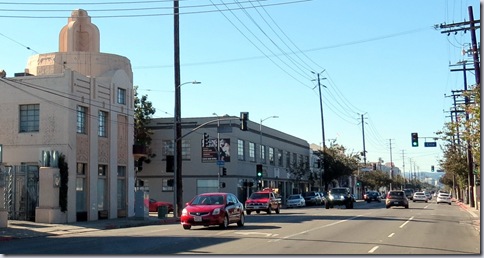 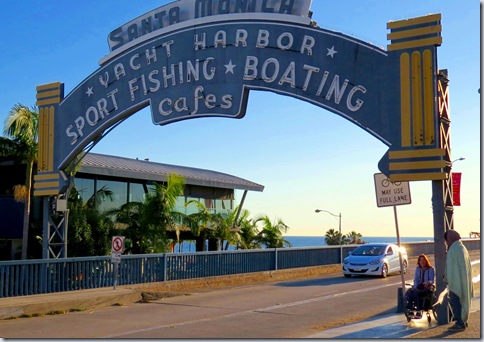 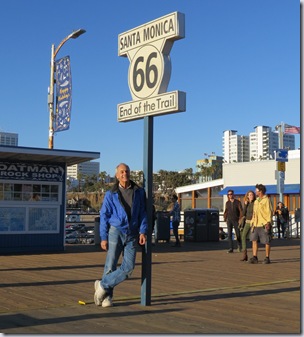 Thanks for following along! Hope you enjoyed the journey as much as we did!
at 2:01 PM