Progress can’t be stopped. Just a few decades after the ingenious portage railroad was constructed across the Allegheny Mountains, engineers planned a rail route that climbed the mountain by curving back on itself and heading west through a newly constructed tunnel. By 1852 most freight crossed the mountain on the rail lines of the horseshoe curve.

The museum is located in the center of the loop but since the tracks are perched on the hills it’s only possible to see the loop by walking up many flights of steps or by riding the funicular to the observation area. The funicular was down for maintenance so we didn’t get to see the curve in person. The museum has exhibits on the construction of the curve plus several short films. 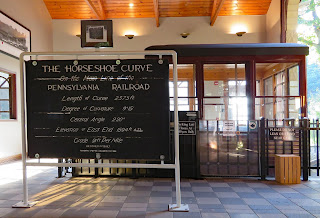 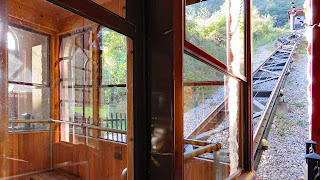 The museum and the funicular are accessible.