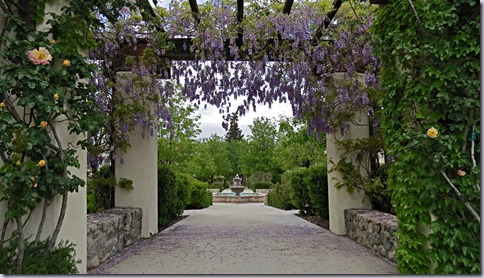 Cesar Chavez started working with his family in the fields of California after they lost their home in Arizona during the depression of the 1930s. He was only 11 years old. Low pay, dangerous pesticides, no restrooms in the fields, and substandard housing, which are still problems today, were even worse at that time. As a young man Chavez became involved in organizing the workers and, along with  Dolores Huerta, co-founded the United Farm Workers union. Union membership grew to 50,000 workers and won fights for better housing, protective clothing, rest periods, fresh water, and toilet facilities with hand washing stations in the fields.

The monument property was the headquarters of the United Farm Workers and is jointly managed by the National Park Service and the National Chavez Center. The National Park’s involvement is very recent and their plans for interpreting  Chavez’s life and work have not been implemented yet so displays and information are a little skimpy. The visitor center has a lot of great black and white photographs. The grounds are beautifully landscaped and include a small native plants garden with a dirt waking path. 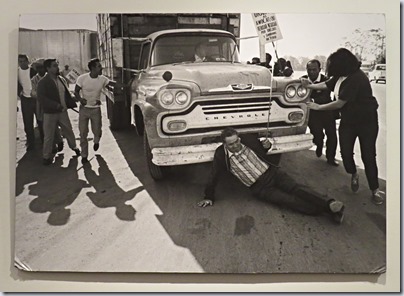 The visitor center is accessible. The garden path is hard packed so pushing is easy.