The Verde River provided a year round water source for the Sinagua culture and 100 miles of fertile valley supported over 50 major pueblos and numerous smaller ones. Most were abandoned in the early 1400s after being continuously occupied for 300 years. Tuzigoot was one of the largest with about 100 rooms. The ruins were excavated and stabilized in the 1930s as part of a WPA project.

The visitor center has very good exhibits and many original artifacts. A short paved trail circles the ruins. Another paved trail leads to an overlook of the valley. 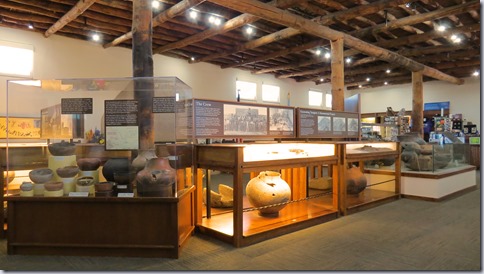 The visitor center and overlook trail are accessible. The trail circling the ruins is very steep so wheelchair users will need a strong helper to access it. The very top is not accessible due to steps. 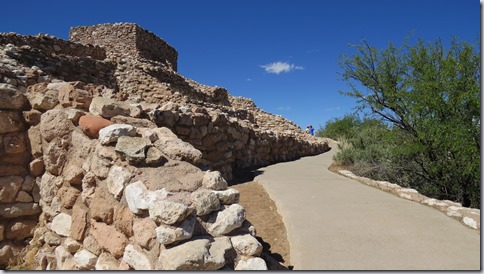