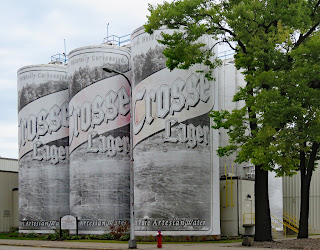 The six storage containers of the G. Heileman Brewery were first planted to resemble beer cans in the late 1960s. The plant is now owned by City Brewing Company which manufactures and packages beer, tea, soft drinks and other beverages. The tanks are painted with the La Crosse Lager label. Gambrinus, "King of Beer," raises his goblet in a salute from his pedestal on the opposite side of the street. 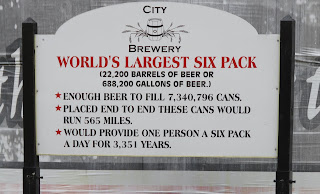 The sidewalks and curb cuts are in good condition and it’s also easy to see the cans without leaving your vehicle.