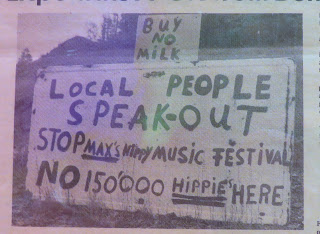 I remember watching the news and seeing the muddy fields of Max Yasgur's farm littered with abandoned tents and soaked sleeping bags and thinking - I missed something that will never happen again! Of course my chances of going to the festival, even if I had known about it beforehand, were pretty slim since I was only 15, without a car or driver's license, and little hope of talking my older brother or friends into going.  :-D

The museum is a timeline of all that was happening in the 1960s - the Cuban missile crisis; the assassinations of the Kennedys, Martin Luther King, Malcolm X and, Medgar Evers; the Freedom Rides; Civil Rights marches; the Vietnam War; and riots and protests about everything. The Woodstock festival was a good way to usher out the turmoil of that decade. 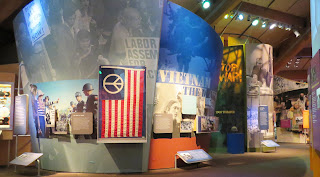 Other exhibits include first hand accounts of festival attendees, policemen, local people who helped out or were perplexed at what was happening in their towns, and an interview with Max Yasgur himself. Large screens show scenes of the festival and a theater has a continuously running video of some of the performers. I was hoping for a video of the movie Woodstock too but I guess since it's owed by Warner Brothers showing it isn't permitted. There aren't many artifacts from the festival just a few newspaper articles, notes by festival attendees, and a cool collection of signs and posters. 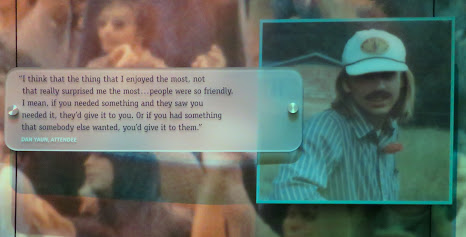 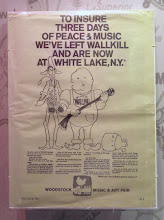 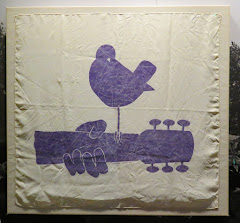 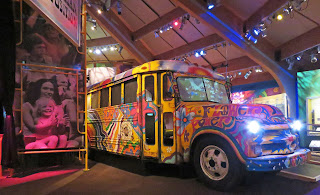 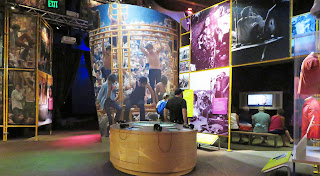 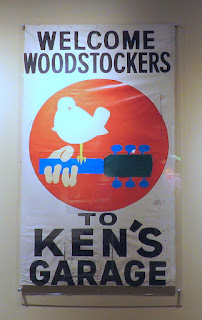 The original festival site is owned and managed by a non-profit. Concerts are still held in an outdoor amphitheater but the maximum numbers of seats is 16,000 with additional seating on the grass.  Concessionaires sell food, drink, and souvenirs during the concerts. At other times visitors may walk the grounds and visit the original stage area. 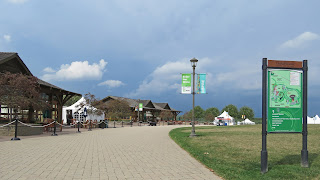 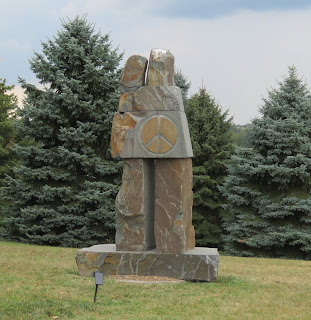 The museum is accessible. The parking lots are a fair distance from the museum and amphitheater but a special accessible shuttle is available on concert days. The paths in the main area are paved and accessible. The rest of the site is too hilly to be accessible.

The gravel lot farthest away is the designated RV lot but on the day that we visited the other lots were almost empty so we parked in a paved lot closer to the museum. We drove to the stage site but no parking signs meant we could only snap a photo. An historic marker was put in place in 1984 at the north corner of the property. The lot is large enough for RVs. Museum  41.69765, -74.88278