Tombstone was founded in 1879 two years after Ed Schieffelin discovered a vein of silver ore close to the surface and easy to mine. By 1881 6,000 miners were working around the clock in the mills and mines, generating more than $168,000 a week (approximately $4,273,800 today) in income. Five years later a series of misfortunes  – water in the mines, a fire that destroyed a pumping engine and a drop in the price of silver – turned Tombstone into a semi ghost town almost overnight.

Tombstone probably would have settled into being just another almost deserted old mining town except for the public fascination with the story of the gunfight between the Earp brothers (on the side of the law) and a gang of cattle rustlers known as the Cowboys.  A 30-second shootout took place on October 26, 1881, resulting in three dead Cowboys and three wounded lawmen. Numerous documentaries, movies, novels, and television shows have been based on the story.

If you visit Tombstone it’s obligatory to go to the reenactment of the gunfight. ;- ) It’s hokey but fun. Admission also includes a historama show, five small buildings with artifacts and displays, and a copy of a 1880’s newspaper. 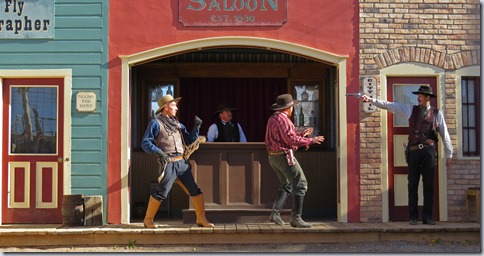 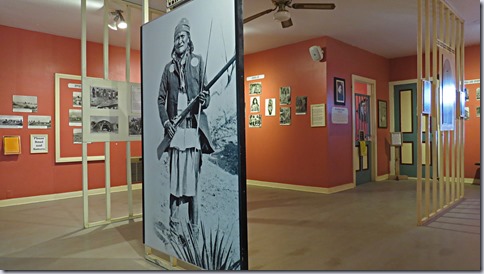 Most of the O.K. Corral site is accessible. The outside display area is surfaced with gravel and can be a bit difficult to push through. The gunfight stage has bleacher seating without any open spaces for wheelchairs so visitors in wheelchairs block access to some of the steps. 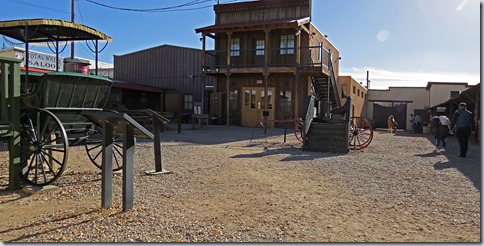 RV parking is on South 6th Street. It’s a gravel lot and downhill from the main street. Most of the other lots are marked “ No RV Parking”.  We found a parking space on one of the side streets but this will probably not be possible during busy times.