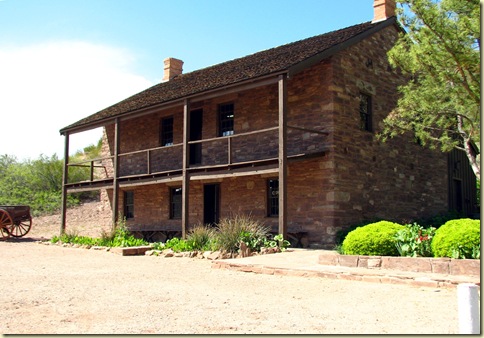 Jacob Hamblin was an early convert to Mormonism, migrating to Utah in 1850 and becoming a missionary to the Paiutes and Utes living in southern Utah. Hamblin settled in Santa Clara and helped build a small fort. When a flood destroyed the fort in 1862 the stones were used to build this house. The house is shown by guided tour. The stories told by our guide were very interesting. Since the church owns the home and the tour guides are LDS members religious material and a free Mormon bible are offered to visitors at the end of the tour.

The house is not wheelchair accessible. The entryway has a short step. The back section of the house has several steps and the second story has a long narrow flight of steps inside and another flight outside.