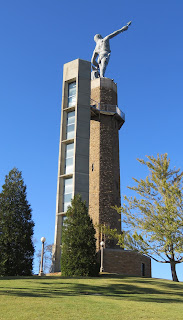 The 56' tall statue of Vulcan, the Roman god of fire and forge, was created for the St Louis 1904 World's Fair. After it served it's purpose of showcasing Birmingham's booming iron industry it was returned to the city where it welcomed visitors to the Alabama State Fairgrounds until 1935. The Kiwanis Club, wanting a more spectacular setting, raised money to build a park and move the statue to Red Mountain, the highest point in Birmingham.

The statue is mounted on a 125' pedestal with stairs or an elevator to get to the observation deck. There's also a little museum with exhibits on the the making of the statue, the World's Fair, civil rights, and the many soft drink companies that operated in the city. The park has a large patio with interpretive signs and a great view of the city. The park itself is free however there's a fee for the museum and the observation deck. The observation deck is made of metal grid so the ground (very far down!) is visible through the grid. I couldn't stay out on it long enough to take a picture. :D 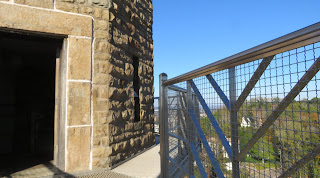 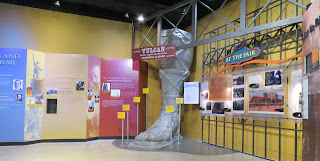 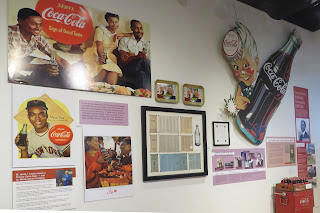 Everything is accessible but the walkway to the statue and the museum is long and uphill. The parking lot is sloped so that's an uphill trip too. 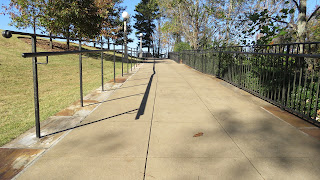