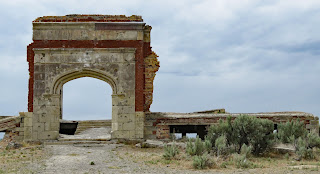 Metropolis was founded as a planned city by Henry Pierce and the Pacific Reclamation Company in the early 1900s. An amusement hall, a post office, a school, a train depot, and a modern hotel were built. The Church of Latter-day Saints encouraged their members to move to the town and by 1912 700 people were living there.

A huge planning mistake was soon discovered. Pierce had neglected to obtain water rights and the town was entitled to just a small portion of water impounded by a dam that the company had built across Bishop Creek. Years of drought and cricket infestations added to the problems. By 1924 the population had dropped to 200 and the town was completed deserted by 1950. There isn’t much left – just a few foundations and depressions in the ground, a small cemetery, and the very cool entry arch of the Lincoln School. 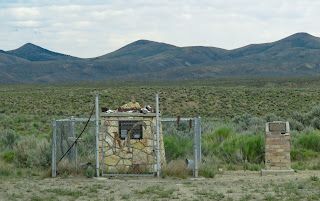 The site is not accessible but most of it can be seen without leaving your vehicle. 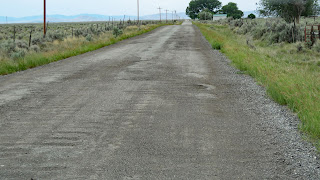