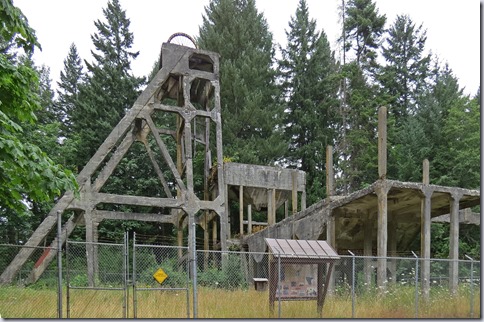 From 1852 until 1938 coal mining was a major part of Vancouver Island’s economy and provided a living for families in 10 mid- island communities. No coal mines operate today and most of the old structures have been destroyed. This site protects an usual tipple built entirely of concrete, a processes perfected in South Africa. The site includes the tipple, a miner’s memorial, a short, interpretive loop trail, and a longer trail that follows the old rail line to the Nanaimo River. 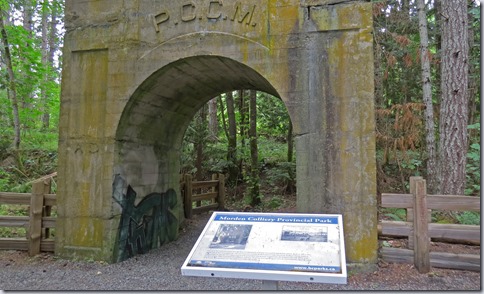 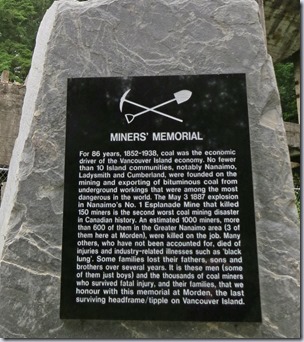 The site is partly accessible. Navigating over a steep hump is required to get close enough to read the informative sign behind the tipple fence.The memorial sign is accessible. The Morden Colliery Regional Trail is not accessible due to very steep bridges but by following the first offshoot on the left it’s possible to view some of the ruins of support buildings. 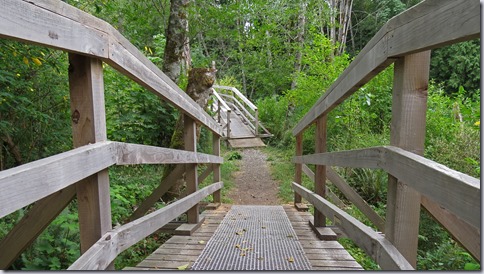 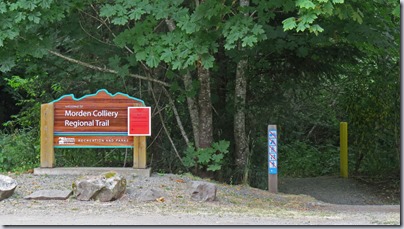