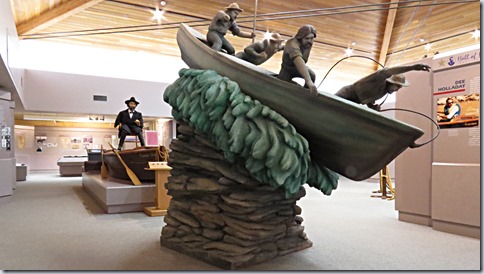 In mid-July 1869 when John Wesley Powell and his crew of explorers reached this spot on the Green River they were almost halfway through their mission to investigate and map the paths and canyons of the Green and Colorado Rivers. They had already lost one boat, 1/3 of their supplies, and one man had quit but Powell pushed on to finish the journey on August 29 at the mouth Virgin River in Nevada.

The museum has a very good exhibit about Powell’s life and his geographic expeditions. Other exhibits cover early explorers of  southern Utah, the history of Green River, dinosaurs, and river runners. Green River is famous for it’s sweet, juicy watermelons – don’t miss the giant melon outside! 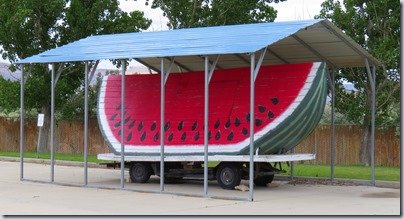