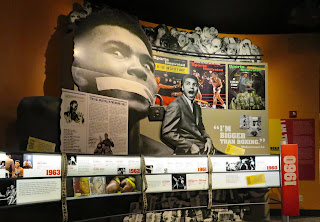 Neither of us are fans of boxing but we admired Ali’s zest for life, his dedication to his beliefs, and his quick witted humor so this museum was a good place to learn a little more about him. The museum covers Ali’s life starting from from his childhood in Louisville,Kentucky then moving through his early boxing career, his conversion to Islam, his refusal to be induced during the Vietnam War, his comeback in 1970, retirement in 1981 and finishing with the 1996 Olympics when Ali, suffering from Parkinson’s disease, slowly made his way across the stage to light  the Olympic cauldron. 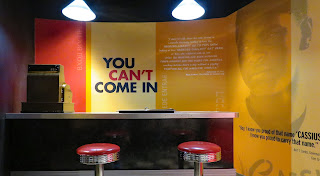 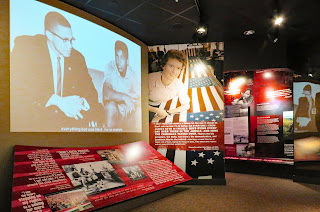 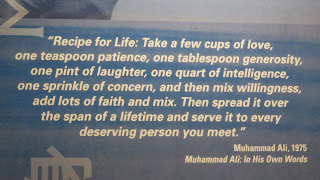 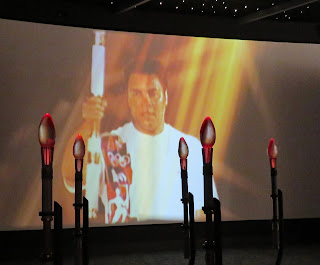 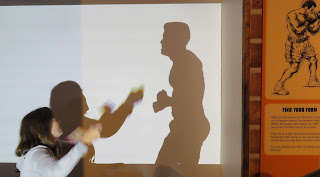 Parking for RVs is limited in Louisville. We found a handicapped parking spot on 8th Street, a few blocks away from the museum. RV parking may be possible at the Wharf Lot.  Museum 38.25804, -85.76023