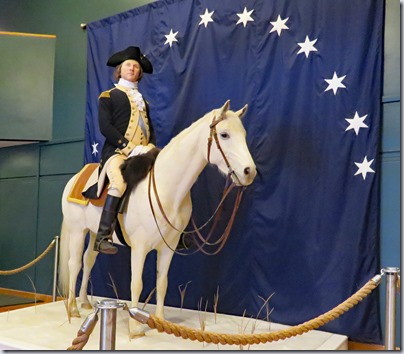 In the third year of the Revolutionary War General George Washington chose the easily defended ridge above the small mill village of Valley Forge as the 1777-1778 winter camp for the main body of the Continental Army. Just months before the Continental Army had defeated the British in the Battle of Saratoga, (which is considered a turning point of the war) however, Philadelphia, the patriot capital, was under British control. Valley Forge, 18 miles northwest of Philadelphia, was chosen to maintain pressure on the British and to protect the rest of Pennsylvania.

The camp included 12,000 soldiers and 400 women and children who built 1,500 log huts and two miles of fortifications. It was the fourth largest city in the United States. So many people gathered in one area put a strain on the land and required large amounts of provisions. At times food and clothing were in scarce supply. No battles were fought at Valley Forge but nearly 2,000 people died from influenza, typhoid, and other diseases.

A strong advantage of the large encampment of soldiers was the opportunity for strict military training under the guidance of former Prussian officer Baron von Steuben. His reforms in supply systems, fighting tactics, military hygiene, and army organization formed the basis of the modern US Army and prepared the soldiers for five more years of war. 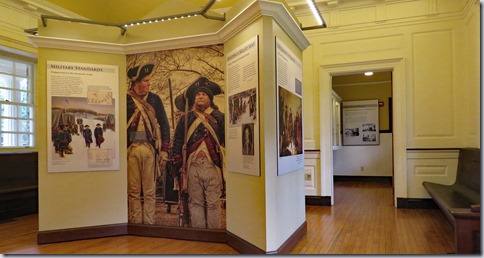 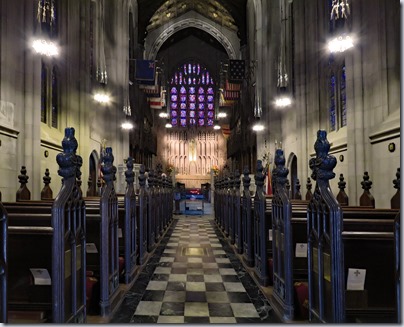 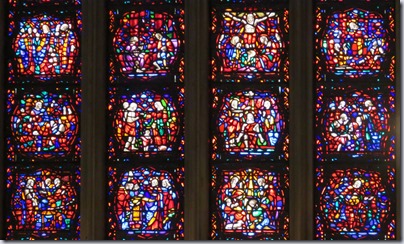 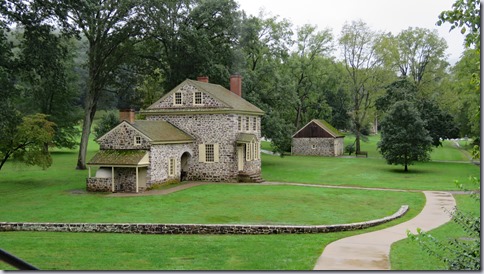 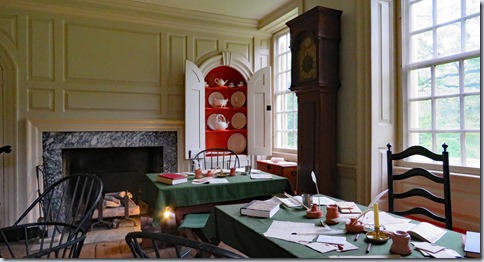 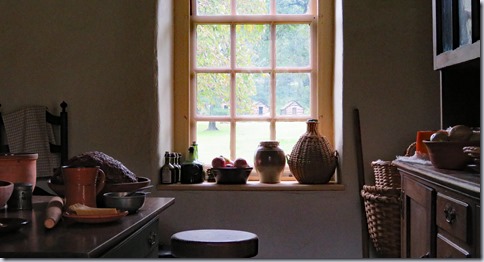 The visitor center is accessible but if your vehicle does not fit in the accessible parking spaces you must park in the large lot which is located down a hill. A fairly long and steep paved path goes to the visitor center. A crushed stone path leads to the huts at Muhlenberg’s Brigade and the reconstructed redoubt. The thresholds of some of the huts are high.The ramp for the chapel is on the west side of the building. A very long ADA compliant ramp goes to Washington's headquarters which is not accessible but there isn’t much to see anyway. Visitors may be dropped off to avoid the ramp. The detached kitchen, the path around the property, and the train station which has exhibits are accessible. Monuments and other sites have paved trails or can be viewed from your vehicle. The paved loop trail is accessible but hilly. 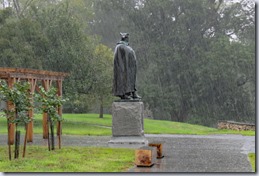 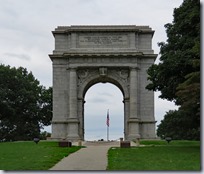 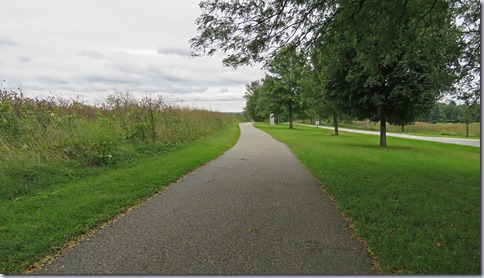 The parking lots at the visitor center, Muhlenberg’s Brigade, the chapel, Washington's headquarters, and most of the other sites are large enough for RVs. Line Drive, a one way road is narrow, curvy, and steep but can be driven with an RV.  Park  40.10187, -75.42521