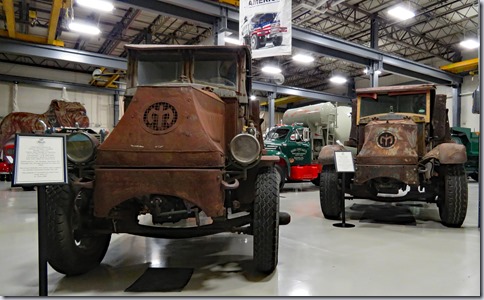 The Mack brother’s first company manufactured large carriages and wagons so when they decided to build motorized vehicles they focused on passenger buses and heavy duty trucks. The AC model truck, which was introduced in 1916, proved to be invaluable to both the US and England during WWI. The British soldiers compared the reliability and durability of the truck to the tenacity of a bulldog, the symbol of Great Britain. The bulldog symbol was adopted by the company in 1921 and the first hood ornament appeared in 1932. 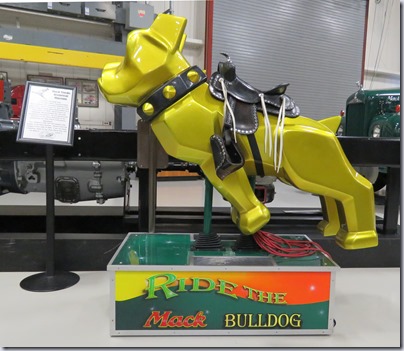 Today Mack builds trucks for semi hauling, construction, refuse and the military. The cab and vehicle assembly plant is in  Macungie, Pa. and heavy-duty diesel engines, transmissions, and drivelines are manufactured in Hagerstown, Md. The  Engineering Development and Test Center has been moved to Greensboro, NC freeing up the building for a corporate showroom of new products and the museum. 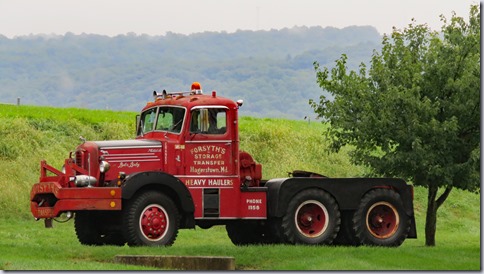 The museum, which is fairly small, consists of a exhibit room with Mack trucks of different eras and uses; a testing room where the trucks were subjected to very cold and hot temperatures, run for hours on a treadmill, and subjected to high winds; and a super insulated quiet room used to check for stray noises. The museum is opened on Monday, Wednesday, and Friday. Guided tours are given on the hour and half-hour. Visitors are requested to wait for a guide but after the tour it’s okay to wander around on your own. 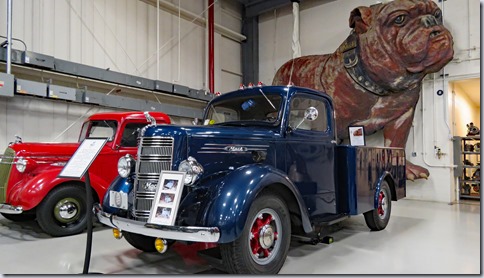 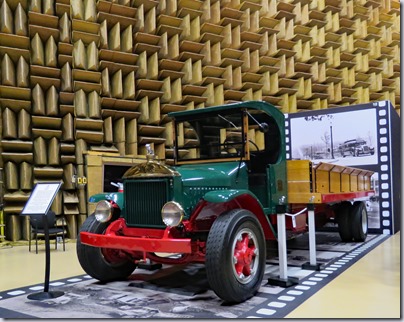