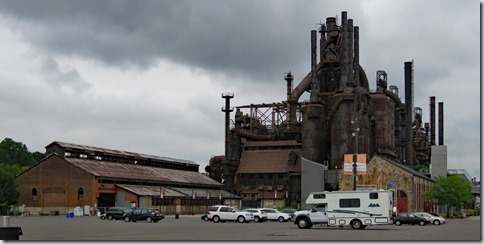 The Bethlehem Iron Company, the embryo of Bethlehem Steel, was founded in 1860 to make iron rails for the Lehigh Valley Railroad. In 1873 the company constructed long stone buildings to house Bessemer converters and began producing steel, a stronger and more versatile metal. As the company expanded, the  stone buildings were put to other uses but sections are still standing today. 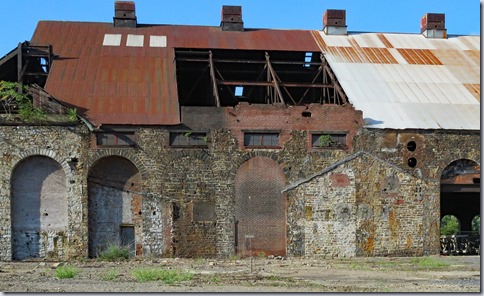 Eventually Bethlehem Steel grew to cover 1600 acres and became know for its innovative method of creating a strong but lightweight  beam that was essential in the construction of tall buildings and long bridges.  80% of the buildings in New York City skyline were built using Bethlehem beams. Bethlehem steel was also used in many iconic structures including the Golden Gate Bridge, Madison Square Garden, Rockefeller Center, and the Hoover Dam. 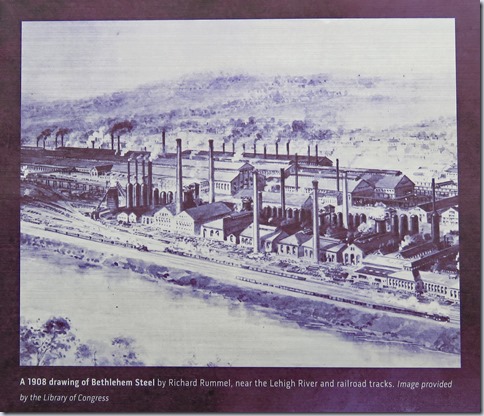 In 1995, after being in business for 135 years the mill, which had not been updated to modern steel making standards and could not compete against small mills and imported steel, was shut down. Former steelworkers looking out the windows of their homes on the hill above the mill saw a clear sky, a silent and deserted mill, and the end of way of life that had been passed down through generations. Fortunately, even as many of mill buildings were being demolished, the massive complex of blast furnaces was saved. Most of the land was sold to developers but the nucleus where the blast furnaces are located is being developed as a cultural center called SteelStacks. 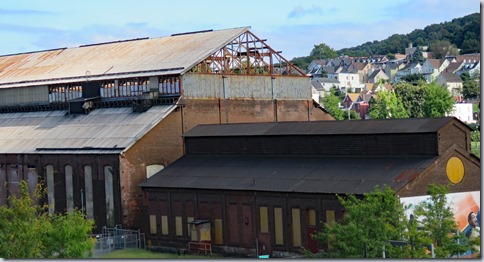 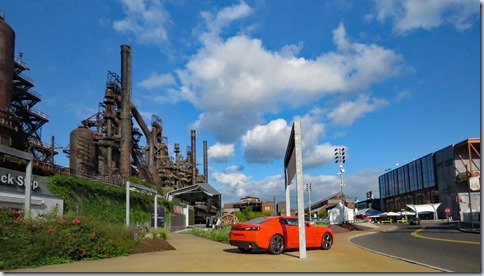 SteelStacks is the site of performing arts center, a festival area, a free concert stage, a cinema, an outlet mall, a museum, and the Sands Casino. A visitor center offers local information, a short video about Bethlehem and the mill, and guided tours of the Hoover Mason Trestle. The tour has a fee but free self-guided tours may be taken anytime the trestle is open. The trestle is a 1/4 mile, elevated, concrete walkway that allows visitors to get a close up look at the amazing jumble of pipes, ladders, gangways, rivets, bolts, conduit, smoke stacks,and beams that make up the blast furnaces. Interpretive signs explain the functions of the mill. Since the area is a work in progress many of surrounding buildings are fenced off but walking around and peeking through the chain-link is interesting. I’m hoping that in the future a brochure or signs explaining the history of these buildings will be available. 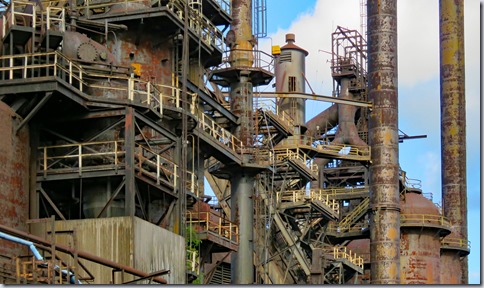 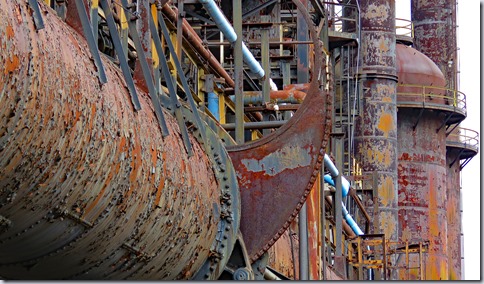 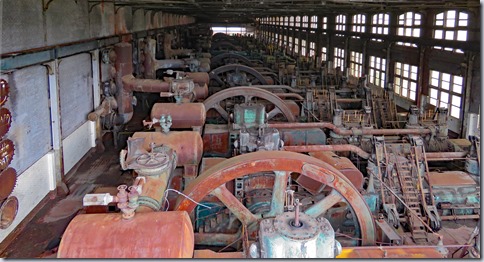 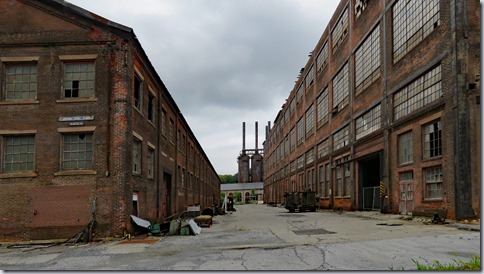 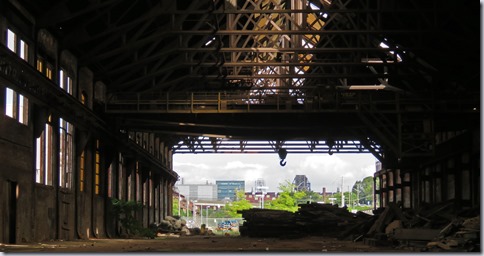 All of the venues at SteelStacks are accessible. The sidewalks and curb cuts are in good condition. An elevator near the visitor center provides access to the trestle. The casino is accessible. 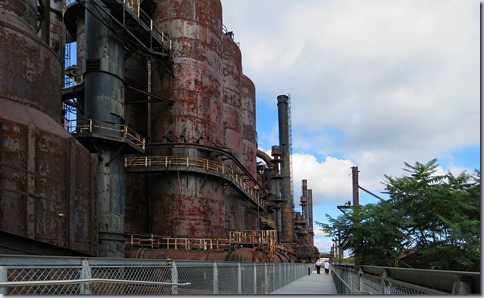 The visitor center lot is large enough for any RV. The casino has a large parking lot with a section for RVs and buses but sleeping overnight in an RV is prohibited. The security team was very considerate and did not knock on our door until 8:00 AM so we got a good night’s sleep. :-)  Trestle  40.61491, -75.37019