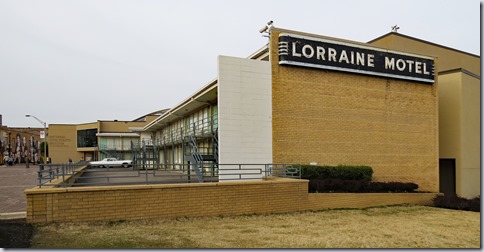 50 years ago Martin Luther King, as he stood on the balcony outside his room at the Lorraine Motel, was shot and killed by James Earl Ray who had rented a room in boardinghouse across the street from the motel. King was in Memphis to support the black sanitation workers who were striking for higher wages and better treatment. This was a continuation of his fight for justice and equality for black citizens that began when he led the Montgomery bus boycott in 1955.

Walter Bailey who owned the Lorraine Motel, a local radio station, and the MLK Memorial Foundation worked together to save the motel after Bailey declared bankruptcy in 1982. A large addition was added to the east side and in 1991 the National Civil Rights Museum opened. The museum starts with the history of slavery in the US and quickly moves on to major events in the civil rights movement including Brown verses the Board of Education, the Montgomery bus boycott, the lunch counter sit-ins, the Mississippi Summer Project, and the Black Power Movement. The two rooms where King and his aides stayed have been preserved to look as they did during King’s stay. 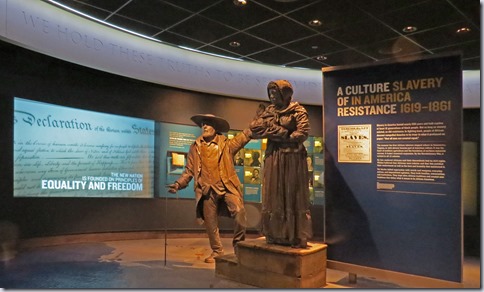 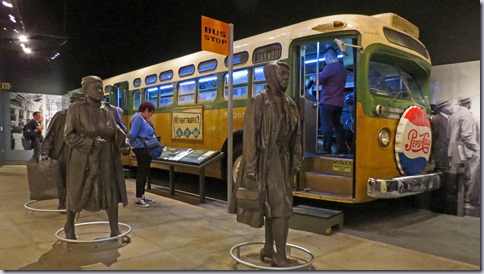 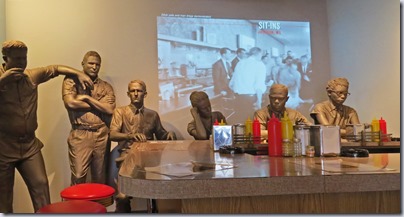 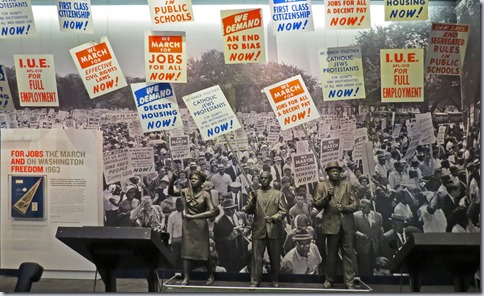 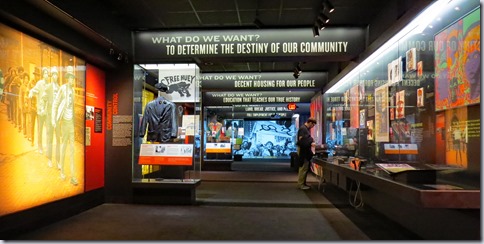 An addition section of the museum is located across the street. The room where James Earl Ray positioned himself to wait for King has been reconstructed. Exhibits detail Ray’s activity in the months before the shooting, the investigation after the shooting, and the controversies surrounding both. 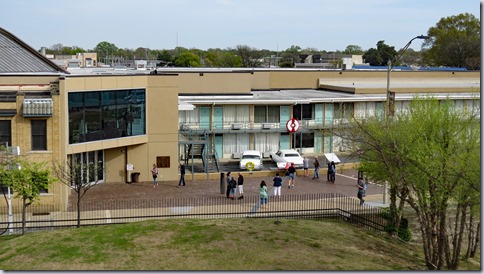 Overall the museum is accessible but a few parts are not. The bus in the Montgomery bus boycott exhibit has steps only and the desks in the Brown verses the Board of Education exhibit have video screens set at an angle that make viewing difficult. They are also too close together for wheelchair access.