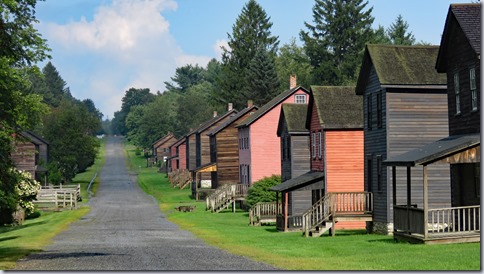 In the mid 1800s hundreds of small company owned towns dotted the anthracite coal regions of Pennsylvania. Each centered around the towering headframe of a coal mine where husbands, fathers, and unmarried men, descended every day to spend up to 12 hours blasting through the rock, shoveling coal, breathing in coal dust, and hoping that there would not be an unplanned explosion, cave-in, or flood. Boys as young as 9 worked picking rocks out of the coal after it was broken into chunks, opening and closing ventilation doors, and leading the mules that pulled mining cars. The towns were isolated so the company supplied everything. Each town had a school, churches, and a company store where supplies were sold at inflated prices. Many miners were paid with company scrip that could only be used at the company store. 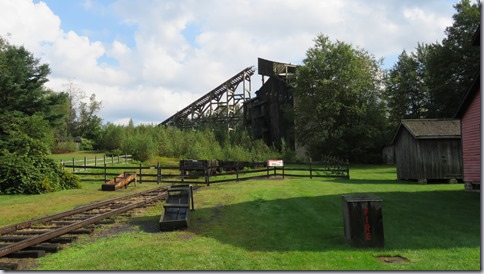 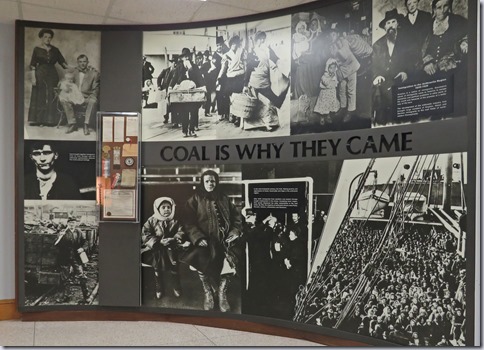 Eckley was founded in 1854 and by 1860 had 150 houses. Mine foremen and their families rented the single dwellings. Miners and their families lived in one side of duplex houses which were different sizes depending on the skill level of the worker. In the late 1870s 1,500 people lived in the town but when strip mining operations started in the 1890s fewer workers were required and most people eventually moved away. Unlike many other mining towns, where the houses were sold when the mines closed, Eckley remained a company town. Very little changed over the years, so it made a perfect location for the filming of the 1970 movie, The Molly Maguires starring Sean Connery. The movie portrays the secret society of Irish-American miners who fought for miners’ rights and were considered heroes by some, terrorists by others. 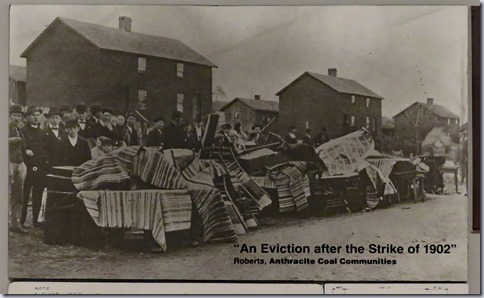 The movie revived interest in the town and it was bought by a group of Hazleton area businessmen who deeded it over to Commonwealth of Pennsylvania in 1971. Over 50 original buildings remain including the miner owner’s house, the Catholic Church, and the rectory. The Episcopal Church was relocated from another town. The company store and headframe were built for the movie. Four of the buildings are opened for guided tours during the summer. A few more buildings are opened for special events. Self guided tours are also available by either walking or driving through the town. Some of the houses are still occupied and those properties are off limits.  A small visitor center features a movie and good exhibits about the lives of the men, women, and children who lived in coal patch towns. The ecological damage caused by strip mining is easily visible from the highway. 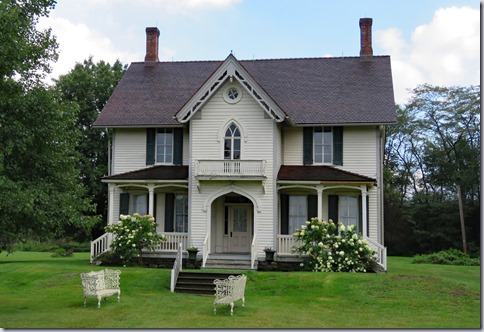 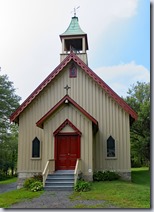 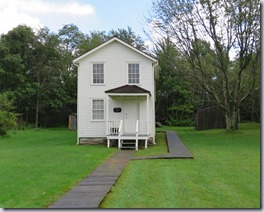 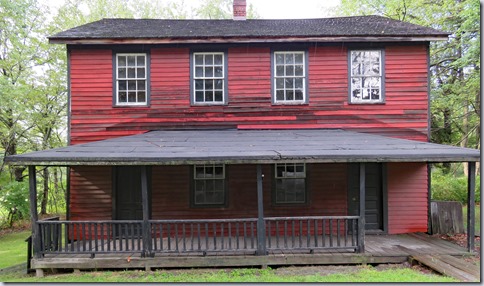 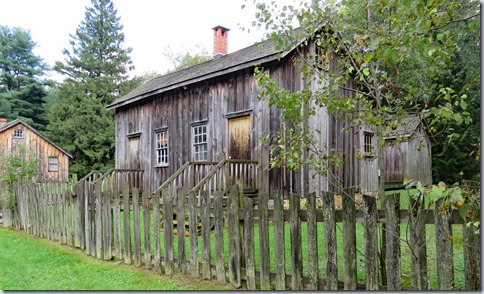 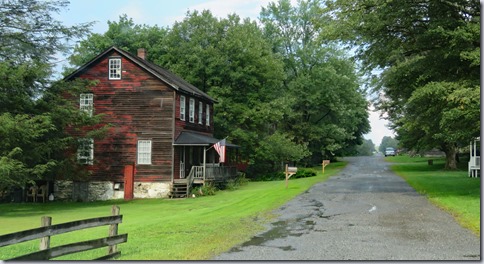 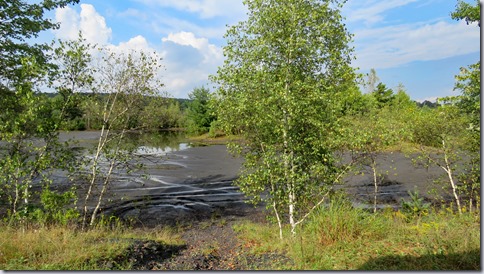 The visitor center and gift shop are accessible but the museum doors are heavy. The town streets are gravel covered and run slightly downhill. Some buildings have ramps but the thresholds at the entrance doors are high. 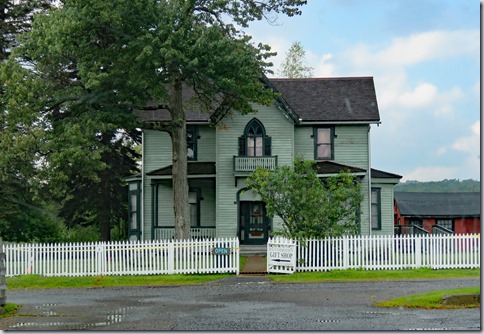