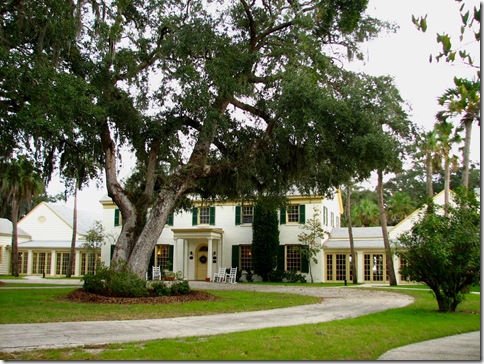 After the Civil War, without slave labor, it became impossible to operate cotton plantations. In the years following the war the plantation on Fort George Island was a farm, a tourist resort, a citrus grove and finally a retreat for wealthy Jacksonville residents. Ribault Club, built in the 1920s, has recently been renovated and is available for weddings and other events. There’s a small museum in several of the rooms but other than that not much to do.

The club is accessible.